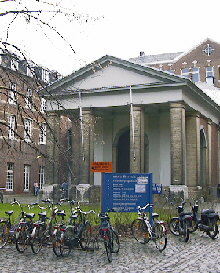 On Thursday and Friday, 17-18 MAY 2012, the Research Unit-History of Church and Theology of the Katholieke Universiteit Leuven Faculty of Theology will organise, in collaboration with the Augustinian Historical Institute (Heverlee/Leuven), the first international expert seminar dedicated exclusively to research on Donatist Christianity and related themes. This conference will bring together scholars from all over the world who have made important contributions to the study of ancient North African Christianity in recent years as well as provide a platform for newly-arriving scholars.

Has my contribution arrived, and will it be accepted?

These two are the most pressing questions being raised in a number of emails over the past days - as said in an email, please be patient over the next days, as we need to assess each contribution and pass it on to the right peer reviewers. At this stage we'll get back to you and also let you know that the contribution has arrived, but it would slow down the process immensely, if, in addition, we acknowledged the incoming emails. But we are getting there in due course,
and thanks for all your kind support,
yours Markus
Posted by Professor Markus Vinzent at 23:34 No comments:

Durham University in conjunction with the Department of Theology and Religion will be hosting the conference ‘A celebration of living theology: Engaging with the work of Andrew Louth’ on 9-12 July 2012 at Durham University. The conference aims to celebrate the work of Andrew Louth in the areas of Patristics, both Western and Eastern, Modern Theology and Theology as Life, as well as explore its reception outside the English-speaking world. The plenary papers will be collected into a Festschrift to be published after the conference.
The confirmed plenary speakers are:
Antoine Arjakovsky: ‘The orthodox theology and the future pan orthodox council’.
John Behr, ‘Studying the Fathers in the Twenty First Century’.
Augustine Casiday, ’Boethius the Theologian’.
Mary Cunningham: ‘The concept of “image” according to an eighth-century Byzantine bishop: St Andrew of Crete’s response to ps-Dionysius the Areopagite’.
Pavel Gavrilyuk: ‘The Evolution of Florovsky’s Reading of Vladimir Solovyov and the Waywardness of Russian Theology’.
Cyril Hovorun: ‘British Patristic School: Its impact on modern Orthodox Theology’.
John Milbank, title tbc.
Kallistos Ware: ‘The Future Path of Orthodox Thought: ‘Culture and Society’ or ‘Mystical Theology’?’.
Jane Baun, title tbc.
Thomas Graumann, title tbc.
Lewis Ayres, title tbc.
and, of course, Andrew Louth.

http://andrewlouthconference2012.wordpress.com/
Posted by Professor Markus Vinzent at 15:09 No comments:

"Religion in Pieces" - Call for Papers

"Religion in Pieces" An Interdisciplinary Conference Sponsored by the Society for Ancient Mediterranean Religions, Joukowsky Institute for Archaeology and the Ancient World at Brown University, April 27-29th, 2012

The quest to determine the contours and contents of ancient religion has always been a largely constructivist endeavor, subject to the exigencies of preservation. How do we, in our respective fields, approach the problem of fragmentary evidence? How do we construct such elusive categories as "belief" or "ritual" or "praxis" from an insufficient, scattered, or occasionally inscrutable base of primary source materials?

The Society for Ancient Mediterranean Religions seeks papers for a conference to be held at Brown University, April 27-29th 2012, on the topic, "Religion in Pieces." In keeping with the society's broad interests in religions of the Mediterranean basin over the great chronological expanse from prehistory to late antiquity, we seek contributions from scholars in the fields of Classics, Ancient History, Religious Studies, Archaeology, Near Eastern Studies, Egyptology, and Art History. We are particularly interested in papers that present case studies in reconstructing religious practice from fragmentary evidence, or which problematize or lay out the methodological challenges inherent in constructing religion from a paucity of sources. Relevant subfields include (but are not limited to) papyrology, codicology, archaeology, and textual studies of fragmentary or poorly attested sources; especially welcome are transdisciplinary papers which synthesize a variety of textual, archaeological, and art historical and/or material culture sources.

We invite abstracts from 250-500 words, accompanied by a curriculum vitae, to socamr@gmail.com. Deadline for submission is midnight of January 28th, 2012. Participants will be contacted with an invitation to participate by the beginning of March, 2012.
Posted by Professor Markus Vinzent at 22:04 No comments:

Email ThisBlogThis!Share to TwitterShare to FacebookShare to Pinterest
Labels: Conferences

The BARDA project on 'Early Christian Iconography and Epigraphy - beyond Dölger',
supported by the British Academy, The-Romans.net, together with the King's Patristic Seminar
offer an annual prize of £500 for the best essay submitted on
a subject connected with any aspect of early Christian Iconography and Epigraphy,
including the first seven centuries AD/CE. Scholars in any
relevant discipline (art history, theology, classics, late antique studies, Middle
Eastern studies, philosophy etc), whether established in their field or graduate
students, are encouraged to enter the competition. Essays should not exceed
8,000 words including footnotes, and should be submitted by 31
May. A judgement will be made at the end of June 2012
(the project reserves the right not to award the prize if no essay of
significant quality is submitted). The essay of the successful candidate
will be published in Studia Patristica (2013). Other submissions entered
into the competition may also be recommended for publication. All essays
should be sent as electronic word-documents - using the SP style guide -,
to markusvinzent2011@gmail.com
Posted by Professor Markus Vinzent at 22:28 No comments:

Email ThisBlogThis!Share to TwitterShare to FacebookShare to Pinterest
Labels: prizes

The Editors and Editorial Board of the Journal of Ecclesiastical History
warmly congratulate Matthew Crawford on the award of the 2011 Eusebius
Prize for his essay 'On the Diversity and Influence of the Eusebian
Alliance: the case of Theodore of Heraclea'.

The Journal offers an annual prize of £500 for the best essay submitted on
a subject connected with any aspect of early Christian history, broadly
understood as including the first seven centuries AD/CE. Scholars in any
relevant discipline (theology, classics, late antique studies, Middle
Eastern studies, etc), whether established in their field or graduate
students, are encouraged to enter the competition. Essays should not exceed
8,000 words including footnotes, and for 2012 should be submitted by 30
September. A judgement will be made at the end of November of the same year
(the editors reserve the right not to award the prize if no essay of
significant quality is submitted). The essay of the successful candidate
will be published in the Journal, probably in the number appearing in July
2013. Other submissions entered into the competition may also be
recommended for publication. All essays should be sent as two hard copies,
prepared to journal style, to Mrs Anne Waites, Journal of Ecclesiastical
History, Robinson College, Cambridge CB3 9AN
Posted by Professor Markus Vinzent at 22:18 No comments:

Email ThisBlogThis!Share to TwitterShare to FacebookShare to Pinterest
Labels: prizes

(Non-residential) Course on 'History in texts and iconography: Early Christian Life and Thought from Clement of Rome to Cyprian' at the INSTITUTUM PATRISTICUM AUGUSTINIANUM and The British School at Rome 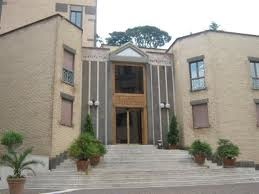 
1st  sett. Church, State and Roman society from Nero to Constantine: an overview.
2nd sett. Clement of Rome and imperial order.
3rd sett. Ignatius of Antioch and the origin of single bishops.
4th sett. Ignatius, Asia Minor, and imperial order viewed by the Second Sophistic.
5th sett. Justin Martyr and the theology of the Logos.
6th sett. Justin’s Apology and the Logos in Pagan political theology.
7th sett. The Hippolytan community and the Statue of ‘St Hippolytus’ in the Vatican Library.
8th sett. Monarchian disputes on the Trinity and developments towards a pagan monotheism legitimating imperial political order.
9th sett. The emergence of a monarch bishop at Rome: Callistus, the Papal Mausoleum and the Via Apia Antica.
10th sett. From Maximin to Decius Trajan: Ss Petrus et Paulus ad catacombas and popular Christianity.
11th sett. Cyprian of Carthage and Roman jurisprudence.
12th sett. Cyprian’s response to the imperial ideology: popular culture, Pagan and Christian.
13th sett. Aurelian, Constantine, and Sol Invictus.
Visits: In addition, site visits are planned:
1.      Ara Pacis Augustae and the Prima Porta statue, Via di Ripetta and Vatican museum (after week 2)
2.      The statue of ‘St Hippolytus’ in the Vatican Library and the Museo Pio Cristiano (after week 6).
3.      S. Callisto and S. Sebastiano, Via Apia Antica (afer week 9)
4.      Vatican mausolea and the shrine of St. Peter (after week 12)
Content:

Beginning with Clement of Rome, the character of the pagan imperial background is explored as a backcloth the author’s reflection on the unity of nature and of society. A contrast is provided by Ignatius of Antioch’s alternative Hellenistic perspective, and his background in the Greek city-states of Asia minor in the Second Sophistic, whose polity and iconography he reflects. The political implications of Justin’s Logos apologetic are explored in terms of a developing imperial ideology. The discussion of the Hippolytan community is based upon the text of the Refutation of All Heresies, and the Statue and its iconography, with a comparison between Callistus’ theological monarchianism and the quest for a pagan monotheism represented by Severan ideology. Cyprian’s developing thesis on Church Order is identified as the counterpart to imperial order, and his eschatological claims as the counterpart to imperial, Stoic eschatology represented in the coinage of Decius Trajan and his rivals. The course concludes with the setting of the scene for Aurelian and Constantine’s quest for a universal monotheism, whether Pagan or Christian, and its textual and iconographic indications.
(costs for the entire course EUR 150,-)
Further information at: segreteria@patristicum.org
Posted by Professor Markus Vinzent at 08:27 No comments: